As part of the Chinese Language Curriculum program, Chung Hwa Lion Dance troupe was invited to put up a spectacular lion dance performance during recess on 18th February.

Lion dance is a form of traditional dance in Chinese culture in which performers mimic a lion's movements in a lion costume to bring good luck, fortune and chase away evil spirits. It is usually performed during the Chinese New Year and other traditional, cultural and religious festivals. Chinese New Year is traditionally celebrated for 15 days. The first day is usually from January or February and is dependent on the Lunar calendar. The last day is the Lantern Festival and always falls on a full moon. Chinese New Year this year is from 12th to 26th February and is the year of the Ox. If you were born in 1973, 1985, 1997 or 2009, this is your year! 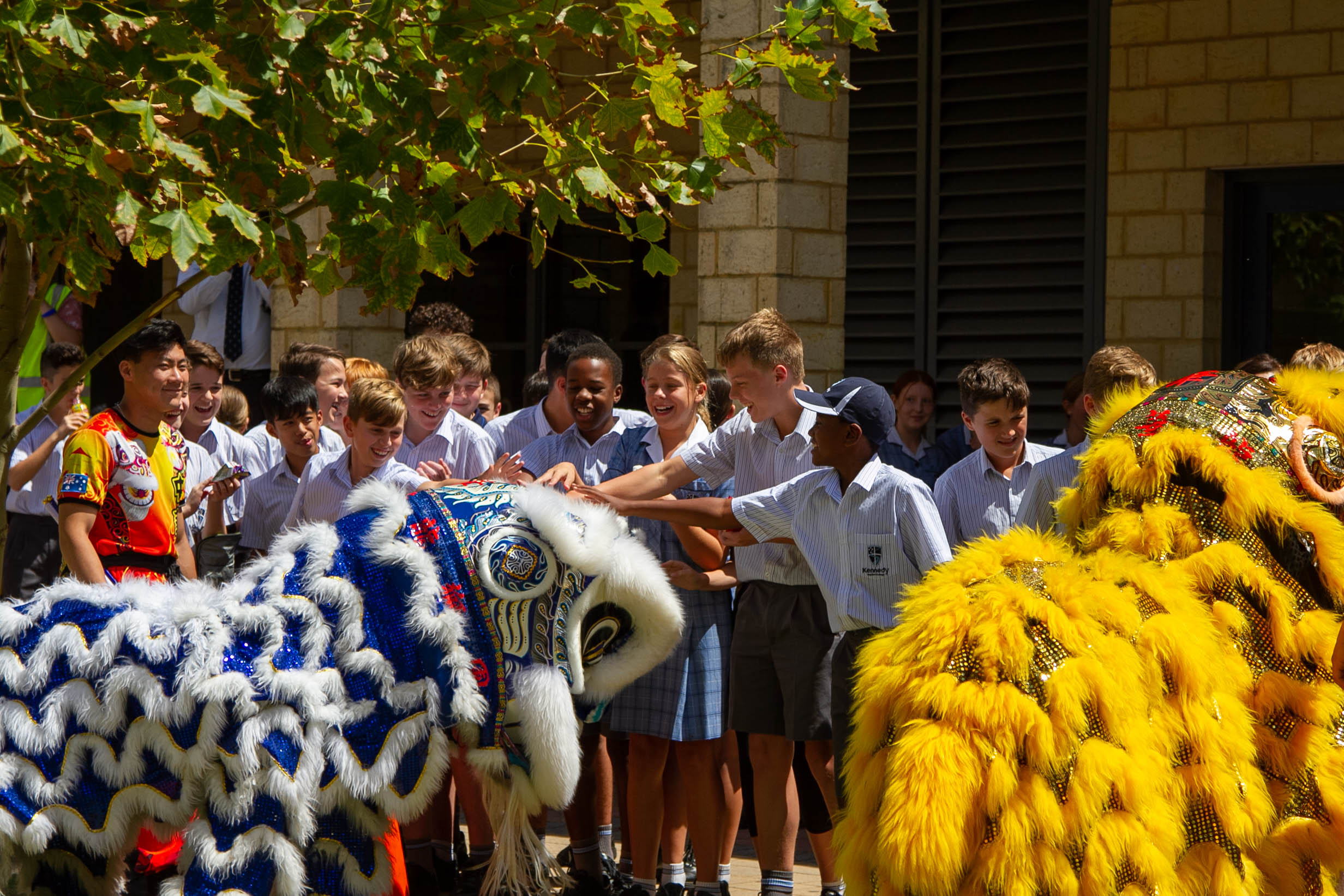 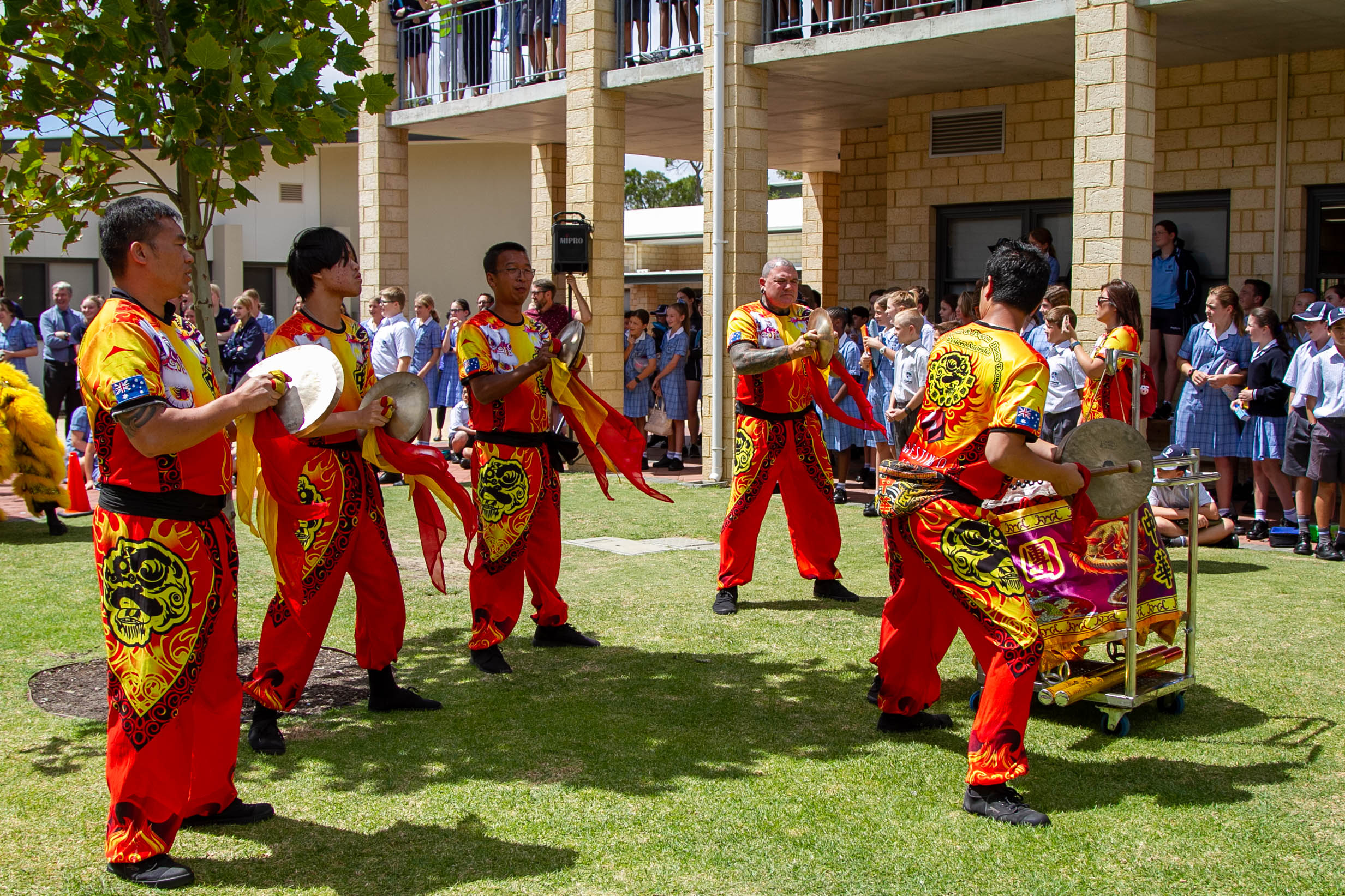 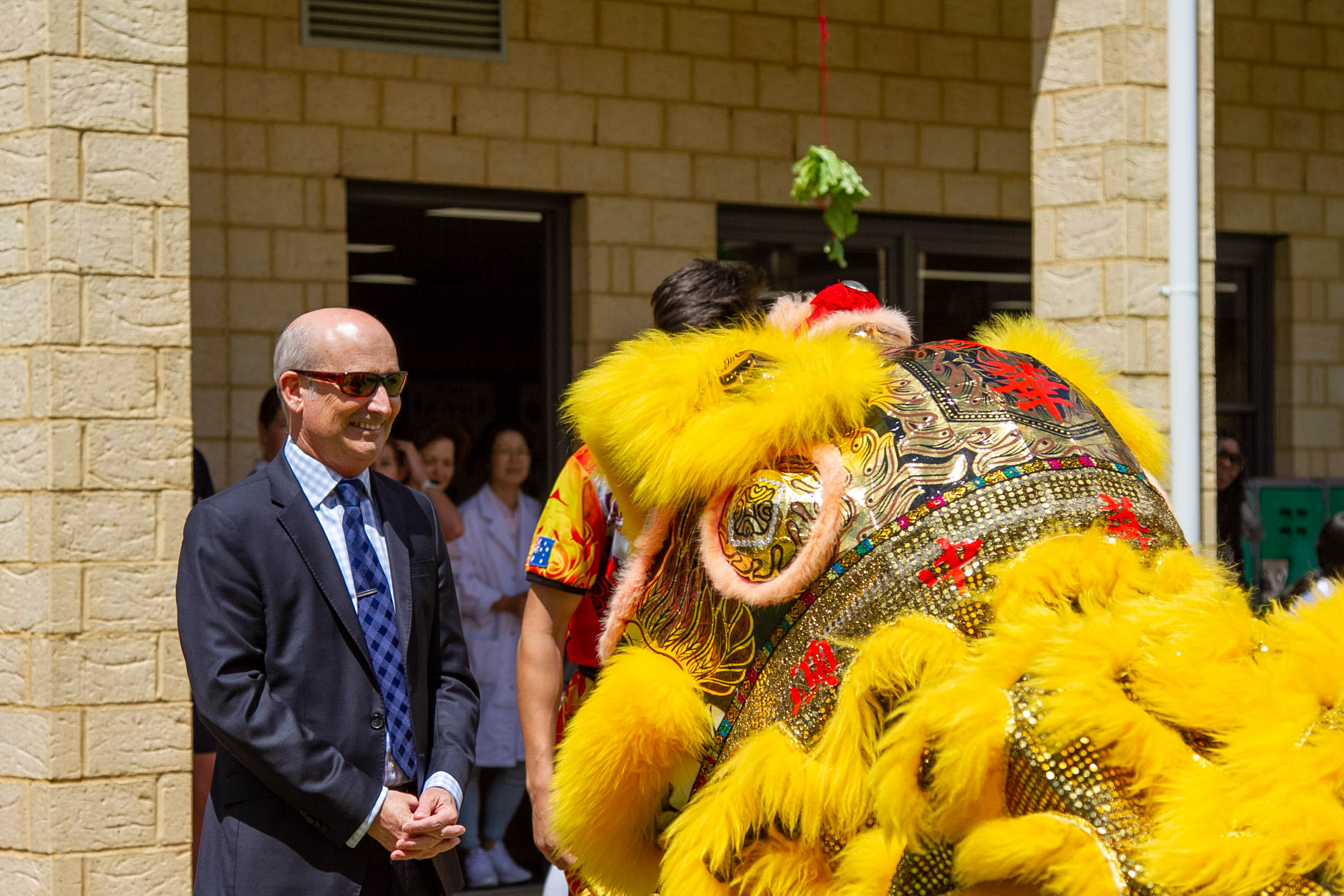 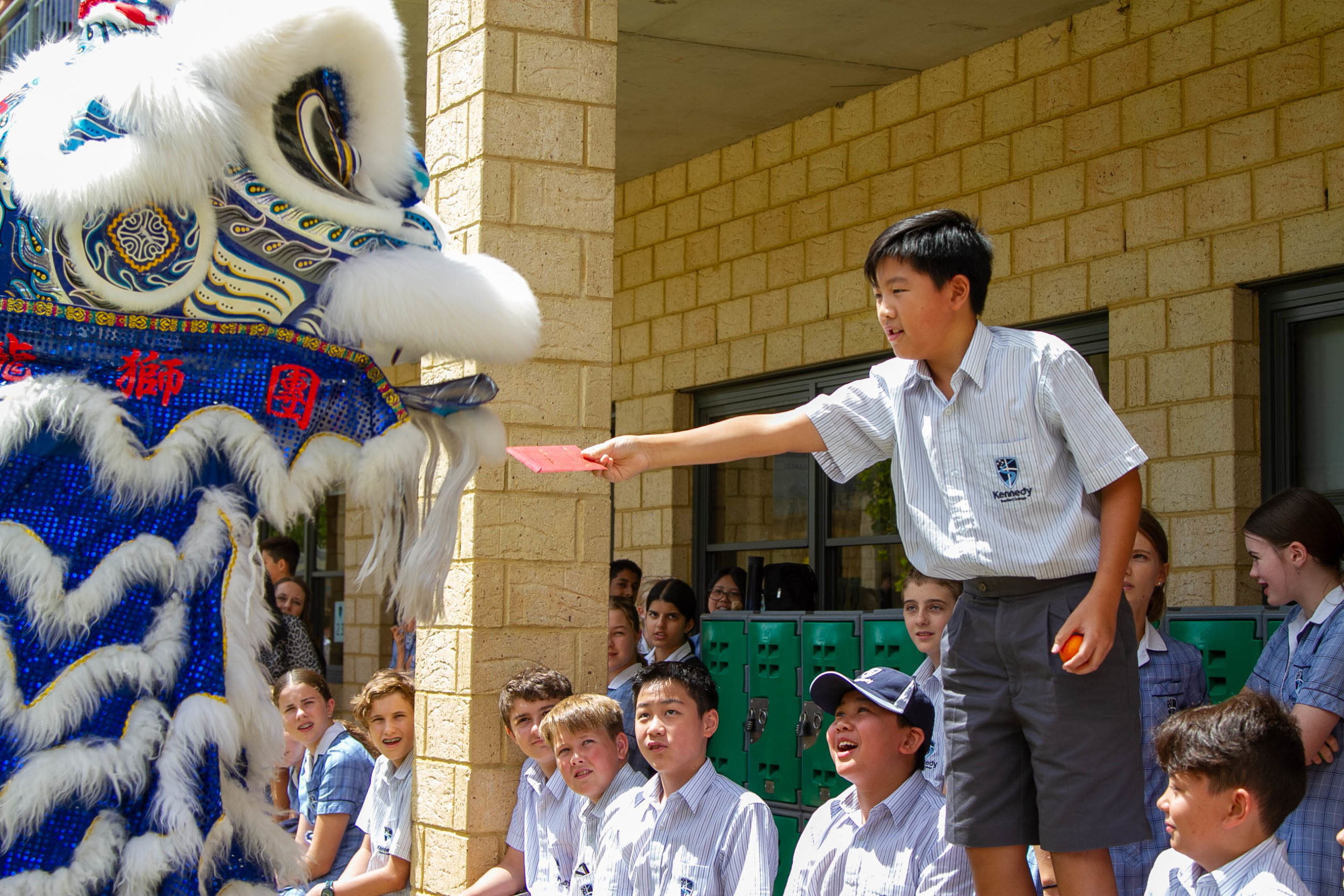 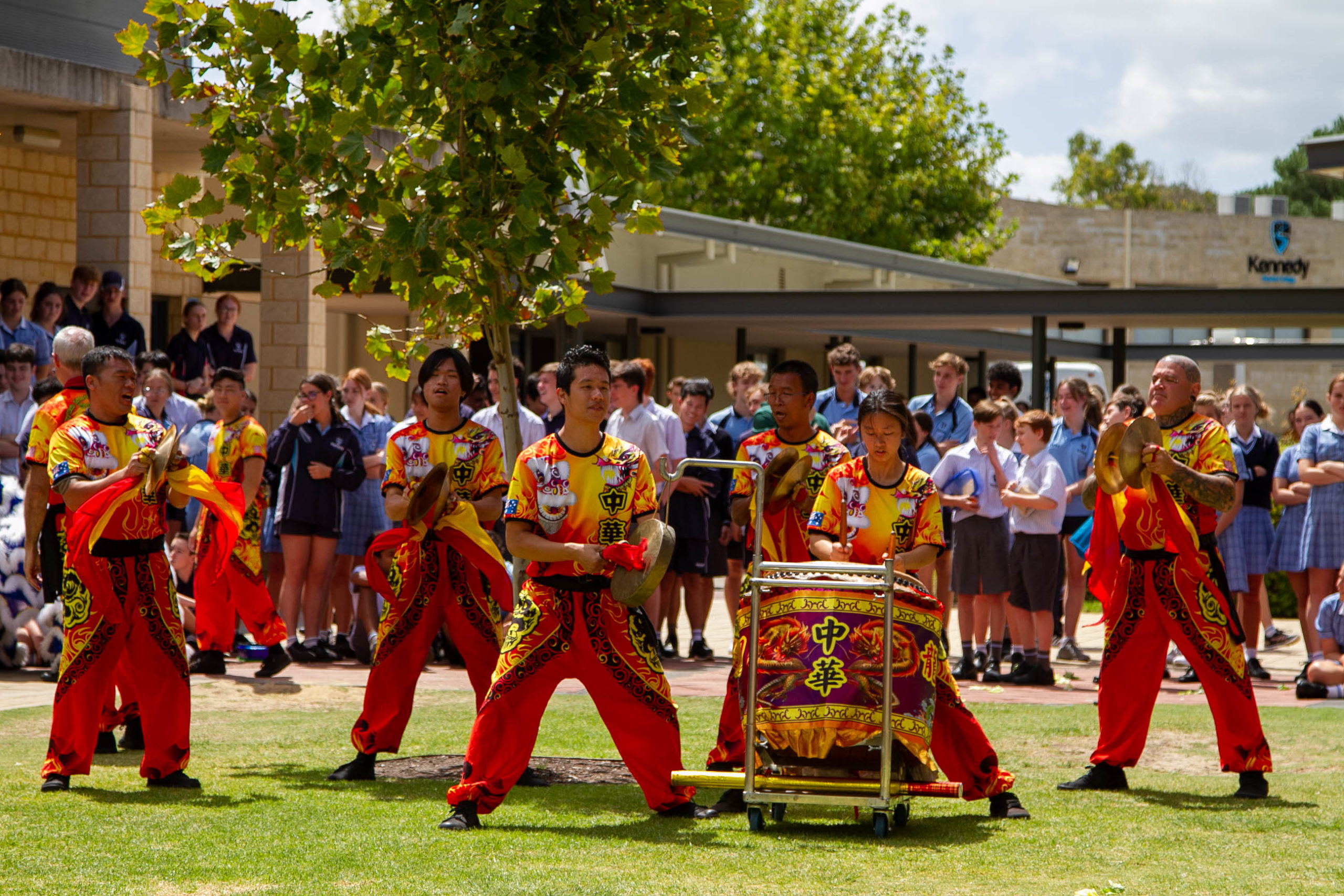 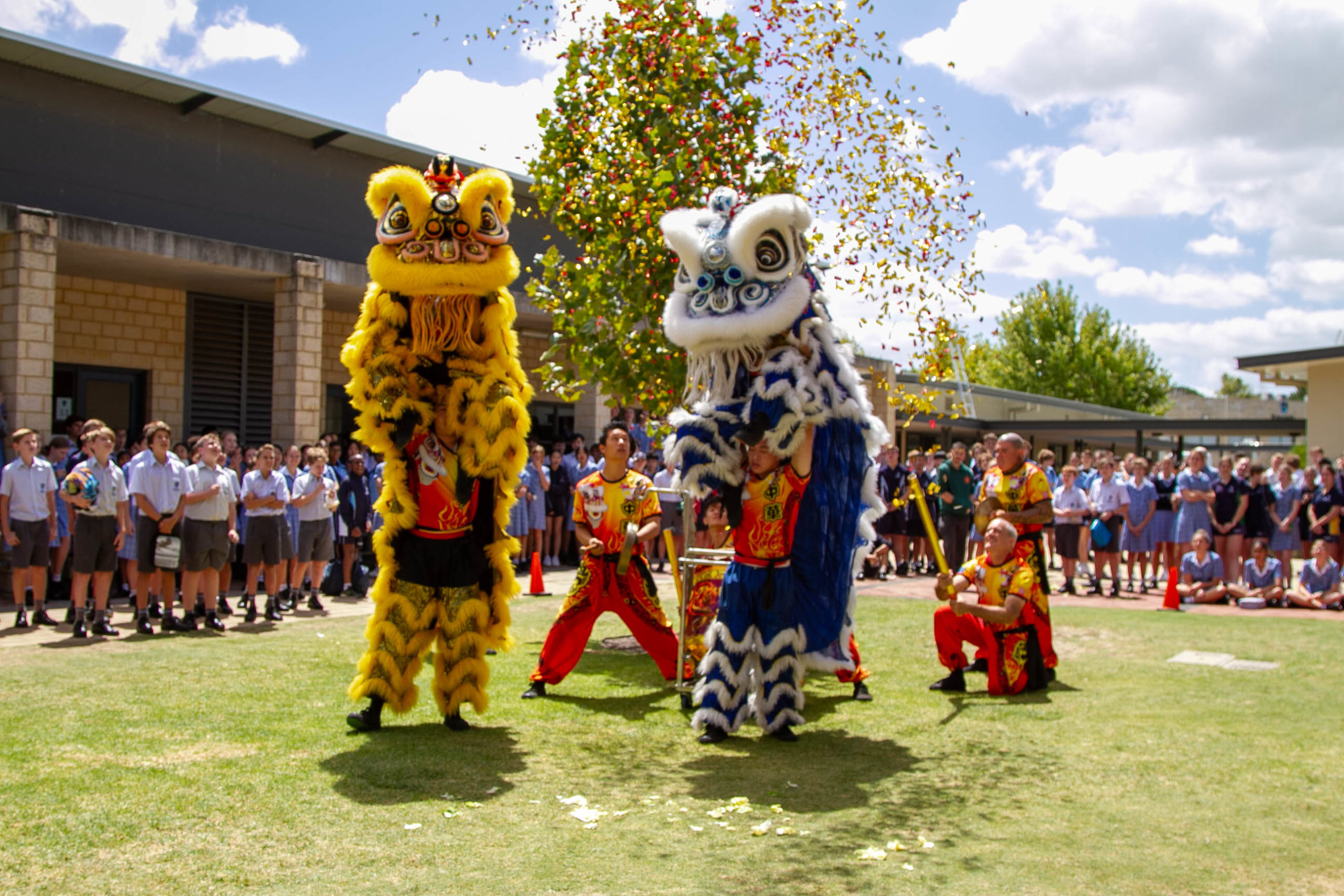 The performance was held in the grass area between blocks 2 and 3. The performers brought the pair of southern lions to life by blinking the eyes, flapping the mouth, moving the ears, changing the angles of the head and moving the waist and feet. The back person occasionally lifted the front person to perform acrobatic tricks and drew spontaneous applause. The highlight was the traditional performance of "cai qing" or "plucking the greens" which symbolises wealth and fortune. The lion approached the greens hung from the second storey like a curious cat, ate the green and spitted it out. It is considered good fortune to have the greens spat on you. Students at the front rows excitedly tried to catch the greens with good fun and many managed to pat the lions as they went around to interact with the spectators.

One lion presented a scroll to Mr Mark Ashby and the show ended with a colourful display of confetti that showered the sky. The cultural incursion performance was evidently well received with the tumultuous applause and smiles.