Week 6 saw the return of the annual March Memory Madness, where students are encouraged to stretch themselves in a series of diverse, fun memory challenges.

From Monday to Thursday, students came into the Research and Study Centre before school to see if they could memorise ten items on the “Tray of the Day” – they then returned at Recess to list them accurately for a tasty reward and House Point.

Each day, Form notices included a different Acronym-ory challenge, whereby students could again visit the Research and Study Centre at recess to state the acronym and its meaning. All of the acronyms related to a theme of positivity and community (such as RESPECT: Responsibility, Excellence, Self-Control, Politeness, Empathy, Compassion and Trust).  We had a great response. 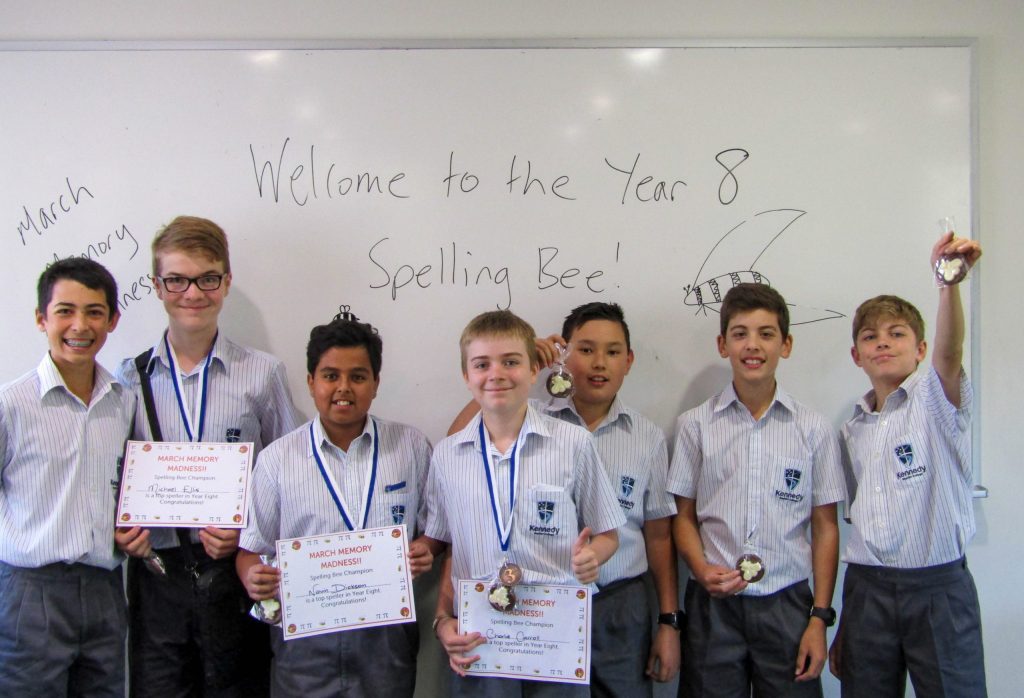 Tuesday and Wednesday, respectively, saw the Year 7 and Year 8 Spelling Bees held at Recess: in their English classes students in these years have been working to learn some challenging word lists for a couple of weeks and around eight participants from each year group took up their magnetic strips and whiteboard markers to test themselves. There was a nervous but excited buzz in the air! Year 7 champions were Shamitha Piratheepan, Owen Davis and Owen Arnold, while for Year 8, Novin Dickson, Michael Ellis and Charlie Carroll came through in a tight battle.  All participants enjoyed a spelling bee chocolate and the top three place-getters received a medallion for their efforts.

Thursday’s special memory challenge was for Year 7 to 9 students, who had been encouraged in their Christian Education classes to learn a particular verse from scripture (or a list of the first ten books in the Bible).  They came to the Research and Study Centre to recite their memorised verse or list. 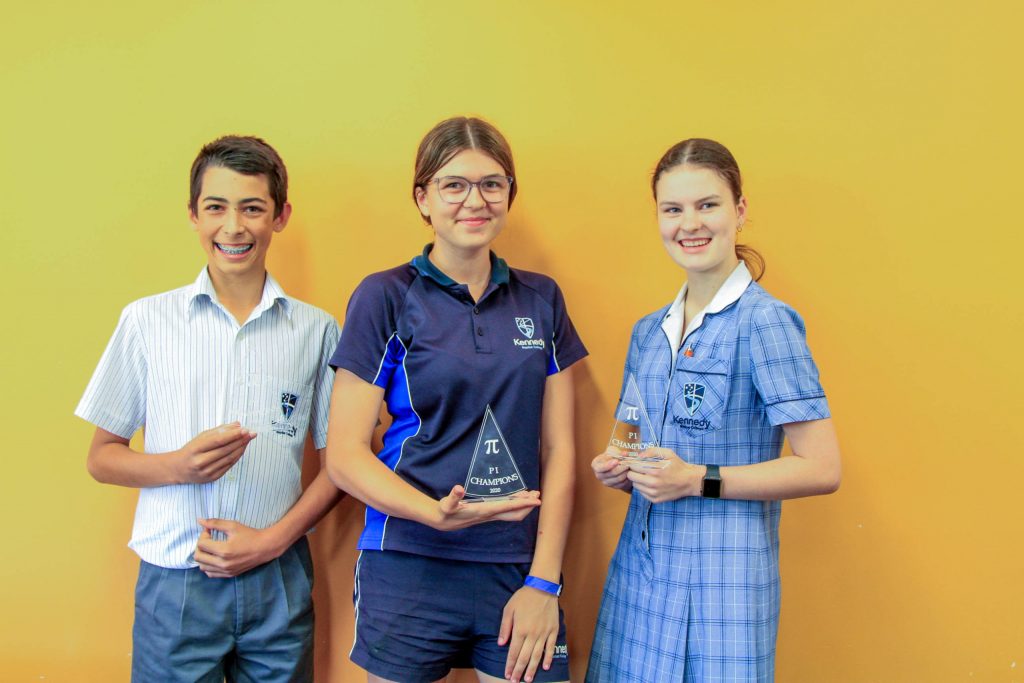 March Memory Madness week culminated with “Pi Day”. Friday this week is the closest day to March 14 (3/14 according to the American way of writing dates) and the Maths Department has been helping students to learn Pi to as many decimal places as possible. More than 60 students competed during lunch in the Research and Study Centre with the top three all remembering more than 200 decimal places accurately. Amazing! All students who had memorised at least 15 decimal places were able to enjoy an apple pie.